I'M SO GLAD YOU
STOPPED BY!
GRAB A CUP OF
COFFEE, AND
ENJOY THE STORIES
THAT ARE
TOLD HERE!welcome! 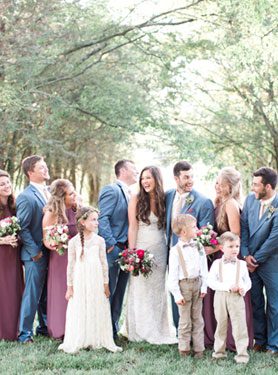 Alright friends… It’s time for a recap of our most recent trip to Europe. This time: FRANCE!

Unlike previous blog posts, I’m not going to do a day by day recap, because a lot of our days were spent wandering and relaxing without much of a schedule. BUT I will break down some of the logistics, some of our favorite things, and why we chose to do things the way we did.

A lovely, small city in the French alps. Known for its lake (Lac d’Annecy – the cleanest lake in Europe), its canals and colorful buildings (it’s known as the “Venice of the Alps”), and its food, primarily Savoyard cuisine.

I first saw Annecy on Instagram, and I was immediately hooked. The canals, the charming pastel buildings, the proximity to both mountains AND water (Tyler loves the mountains, I love the water)… It seemed perfect for both of us. It was a quiet alternative to spending a whole week in a big city like Paris without being too rural, and it had a great vacation vibe to it (maybe that had something to do with the neon blue water that looked like the Caribbean, I dunno….). Annecy is also home to one of the “best street markets in Europe” per the Michelin guide, so…. you know we were all over that.

Why did we really pick France? This was Tyler’s first trip to Europe. And while France is obviously beautiful and wonderful, it wasn’t at the very top of our bucket list, so it didn’t need to be the trip of a lifetime. I figured it would be a good first exposure for him to traveling in Europe, but we wouldn’t have too many expectations tied up in this trip. Everything didn’t need to be perfect, we just wanted something relaxing and romantic… And that’s what we got.

The best part of Annecy (and the part you see on Instagram) is the old city, and let me tell you… It’s pretty charming. The buildings really are as bright and colorful as they look in pictures, there really are street musicians playing accordions and cellos, and you really could spend a few days just wandering around canals and through tunnels and stumbling along cobblestone streets. The old city is small but dense – there are tons of restaurants and shops inside a relatively small area, so it is very walkable and easy to find your way around. Transportation and flights: Instead of flying into Paris and taking a 3 hour train to get to Annecy, we flew into Geneva, and hired a taxi company to drive us into Annecy (which is only about a 45 minute drive). Because I was already familiar with Geneva, we originally planned to take a short train ride from the Geneva airport to the Geneva bus station, where we could take a bus to Annecy for about 20 euro per person. But we soon realized that those bus schedules weren’t published online until, like, 24 hours before. That seemed like too much of a risk, so we splurged on this taxi ride, and I’m so glad we did. We chose a company with drivers who spoke English, and a nice, spacious van picked us up after our flight (we landed at around 7:45AM) and we were inside our AirBnB in Annecy by 9:15 AM. For 100 euro and zero hassle after an 8 hour red eye, that taxi was worth it for us. We then felt like we got to start our trip with a full day in Annecy, and that was great.

We chose not to rent a car, and I’m glad we didn’t. You don’t need one here – Annecy is extremely walkable (we even walked to the train station to grab our train to Paris). Also, parking in the old city is not only nonexistent, but nearly impossible… We’re talking teeny tiny, narrow, cobblestone streets. When cars drive by in some areas of the old city, you have to flatten yourself up against the buildings. Yikes.

A quick non-sponsored digression – I would just like to give a quick shoutout to the Chase Sapphire Reserve card here. Because of this credit card, these flights were free (we paid with points) and we only opened that card about 6 months before booking those flights. This card also paid for our TSA precheck/global entry (which has always come in extremely handy) and gets us triple points on all travel and “eating out” purchases… So you better believe we racked up those points for our next trip while we were in France. I did a ton of research on travel credit cards before settling on this one, and I cannot tell you how glad I am that we went with this card. If you travel at all, you need this card. And if you want to get this card, shoot me an email and I’ll send you my bonus point code so we’ll both get an extra 10k bonus points.

Where we stayed: We decided to stay in an AirBnB in Annecy. Given the choice, I think I would do so again, purely because of the location (despite a few small issues with our AirBnB). The 2-3 main hotels in Annecy are technically in the old city, but they’re sort of on the outskirts. We stayed right in the middle of everything, in a very homey (and large, for Europe) apartment in a building that was about a million years old (because that’s about how old most of Annecy is). We didn’t have any issues with noise from the city – we just played our white noise app at night until things calmed down in the evenings, and woke up to church bells and chirping birds in the morning. Amazing. We also had a kitchen, so we could make some breakfasts and lunches with the food we got from the market (more on that below) – that saved us some money, and it was just nice to have. Our apartment also had… drumroll please… a THREE STORY PRIVATE GARDEN. Guys. This was amazing. And to top it all off, we were also directly above a gelato shop. Let’s just say we made friends there very quickly.

And now… onto Paris! We just had a few days in Paris, and there are plenty of other resources out there if you’re planning your first trip to Paris. So here are just a few of my overall thoughts:

PHEW. I think that about covers it! Overall, we had a wonderful experience in France. The Savoyard region is beautiful, the people were lovely, and for Tyler, I think it was the perfect place to go for his first trip to Europe. I’m glad we crossed it off of our list :)